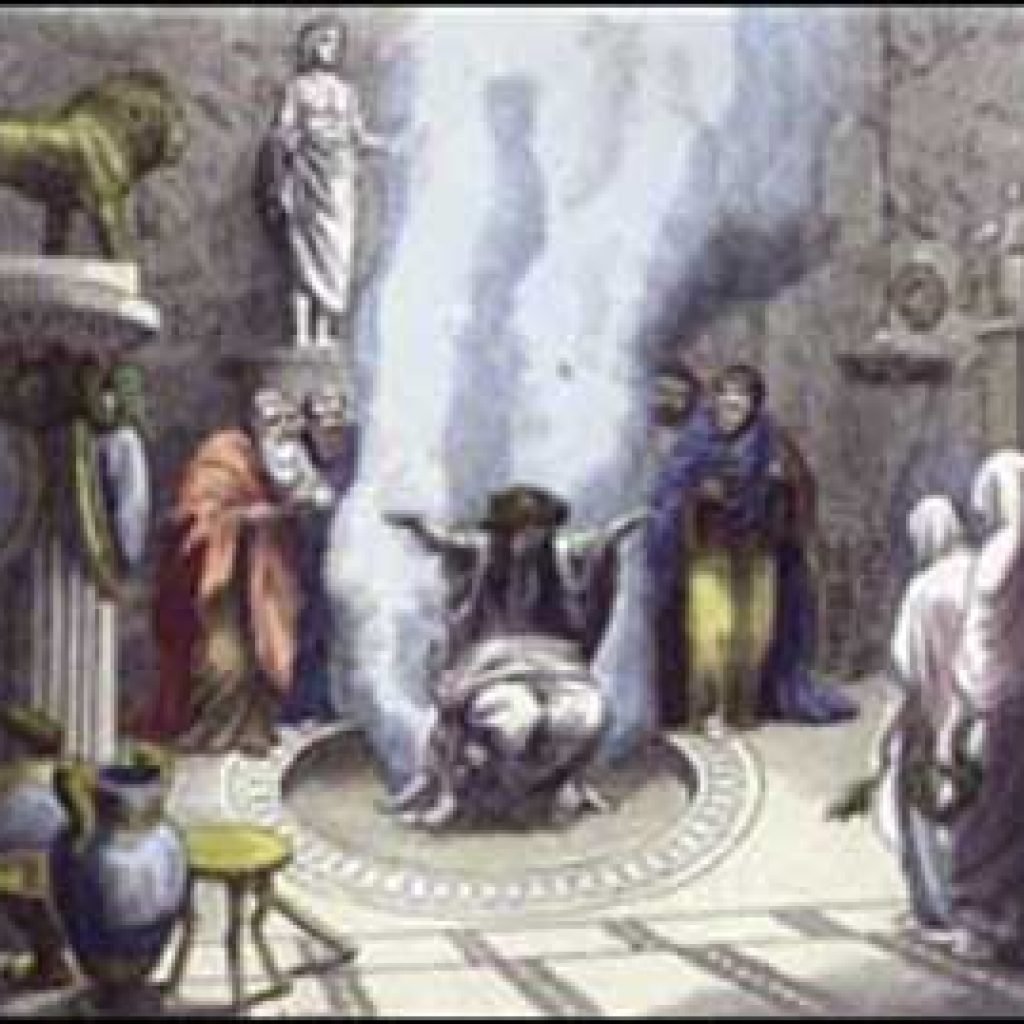 The Oracle at Delphi – was it, perhaps, oracular?

Watched a fascinating programme recently on the Oracle at Delphi – Ancient Worlds presented by Dr Michael Scott. The Oracle pulled in visitors from across the Mediterranean world for over a thousand years, finally falling silent with the spread of the new Roman Church during the fourth century.

Considering the lack of trains, planes and automobiles in the ancient world, we must be impressed by the pull of Delphi for ten centuries. Go that far back in British history and William the Conqueror was still known as William the Bastard. Can you think of any facility in Britain that has enjoyed uninterrupted public support for such a period? I can’t.I have one underlying complaint to make about Michael Scott’s presentation, however. Though he has clearly studied the amazing history of the Oracle in great depth, never at any point during this programme does he even consider that perhaps, just perhaps, there was  something genuinely oracular about the place. Could a thousand years of patronage by the good an

d the great indicate that valid advice and prediction was dispensed at Delhpi?
Today we just dismiss all this as stuff and nonsense and superstition…we know so much better now. Or so the Church and science tell us. Are we being arrogant in our dismissal? The ancients, after all, were not a bunch of stupid dunces living in caves. They had great civilizations, even twin water conduits, with one for drinking and one for washing (no bottled water for the Romans or Aztecs). They built pyramids and temples; developed mathematics and astronomy; fostered agriculture and commerce. Perhaps, just perhaps, they knew some things that we do not.
In the course of writing my last book, Sun of gOd, it became apparent to me that the so-called “ancients” were in many areas advanced to us today. Whilst they lacked our level of technology, they understood more of the vibrational world of spirit, understanding the nature of metals and other fields of knowledge that have simply disappeared from our cultural heritage.
The pyramid-builders did not only have the ability to build monumental precision devices and align them to the heavens, they also recognized that the stones, the stars, and themselves were all part of the same interconnected system. It was a different way of looking at things and a different way of connecting with them.

See the world in a whole new light: