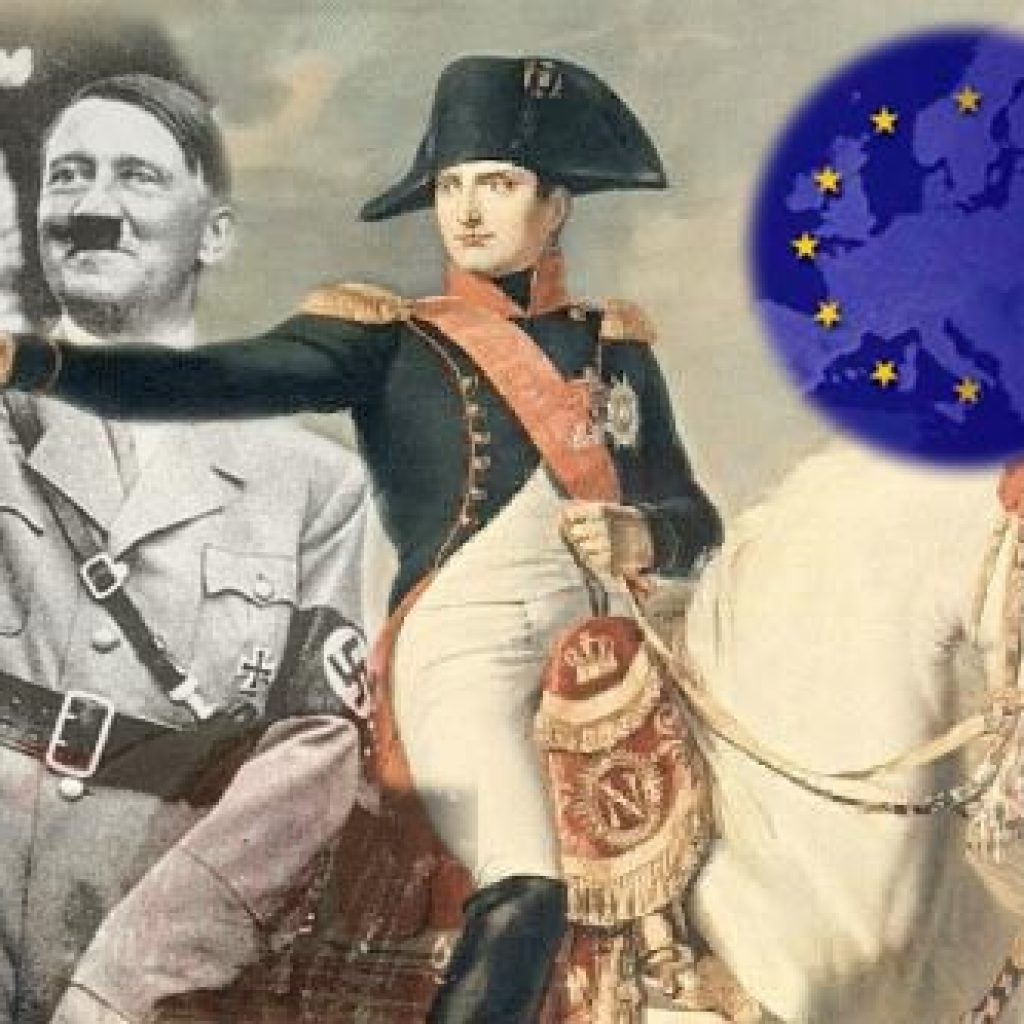 Now that we see the looming likelihood of  collapse of the Euro, perhaps it is time to take a longer view. I was very happy, at the time, when Britain alone chose to stay outside the Eurozone. After witnessing first hand the appalling effect of the Common Agricultural Policy upon the diet and landscape of Europe (see below), it was scary to think that the same idiots were going to run the monetary system.

Now that the entire edifice of a ‘united’ Europe is threatened by collapse of the Euro, I am reminded of my realization many years ago when Britain joined the community. This was that the European Union has finally managed to create that to which Napoleon and Hitler aspired. They have united us all under the rule of a group of unelected Commissioners who seem intent upon grinding us down under their bureaucracy.One must wonder just how much irreparable economic damage will result from desperate and doomed attempts by the Commissioners to prop up their ill-planned currency?————————““I wished to found a European system, a European Code of Laws, a European judiciary: there would be but one people in Europe.”  Napoleon in 1810, his dream now achieved.
In my book, The State is Out of Date, We Can Do It Better, I list some of our harvest from the Common Agricultural Policy:* It counters our evolutionary change to a healthier diet, by interfering with the essential and effective feedback loop supplying information from the consumer to the producer. Subsidizing farmers and producing according to central decision-making badly interferes with the natural information exchange. The Soviets tried to do it.* It encourages the introduction of toxic chemicals to our ecosystem through supporting and subsidising food production beyond society’s demands. Much of the use of toxic chemicals and treatments is, when not mandated, certainly encouraged by the state’s guarantee to purchase, or subsidize the sale. This lowers the quality of our food.* It is responsible for the surplus of cattle that were fed back to themselves, a

s a means of reducing the “beef mountain.” This created the conditions for the growth and spread of BSE (mad cow disease). The original cause of this modern tragedy is the intervention of the state in our food chain. The main alternative theory, put forward by organic farmer Mark Purdey, points to the effects of a state-imposed painting of all British cattle with a highly toxic organo-chloride potion covering the head and spinal column.* It has been cited by regular studies as unworkable, corruption-prone and grossly inefficient since the early 1980’s. Literally billions of pounds, our pounds, are scammed and lost every year as this out-of-control creation of Brussels gets on with its regular job – which itself has little merit.

All Posts »
PrevPreviousThe Oracle at Delphi – was it, perhaps, oracular?
NextModern war targets people, not soldiers.Next

Has our future been re-engineered?