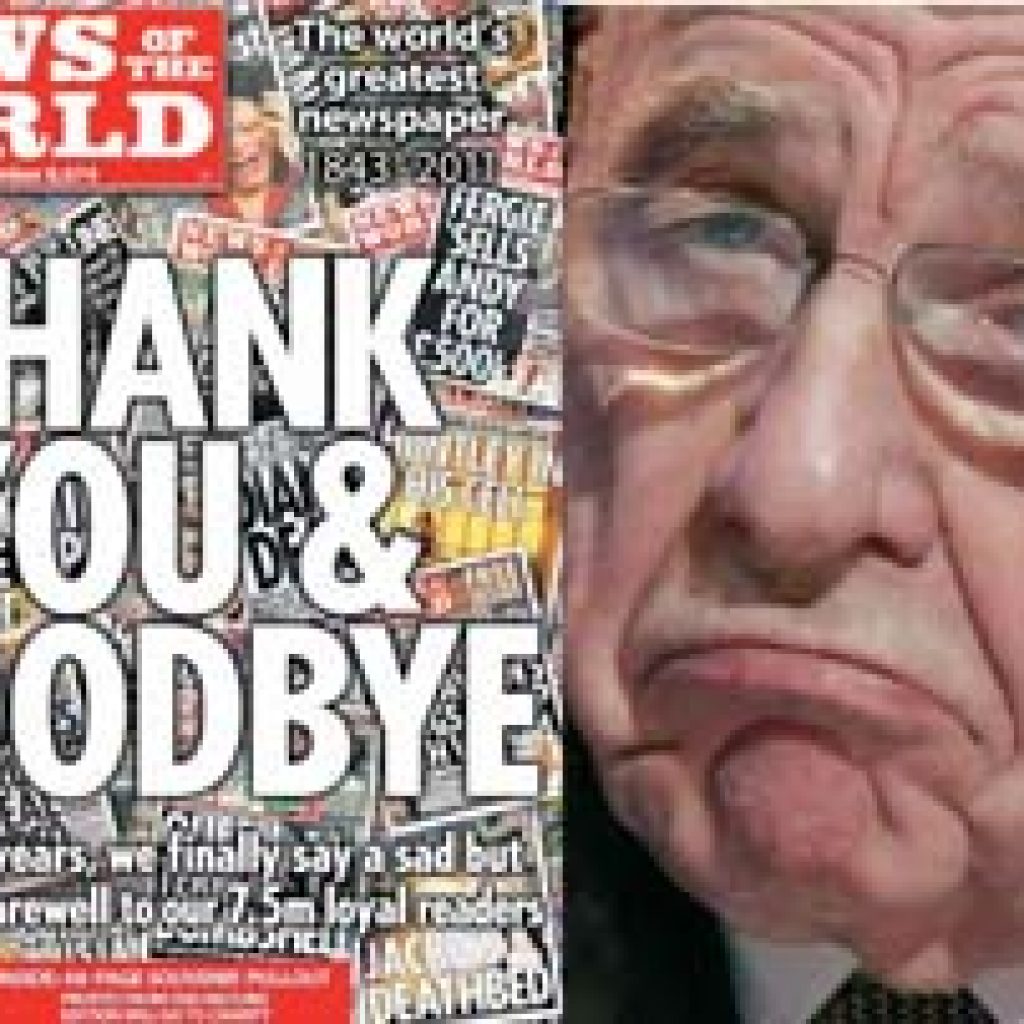 This whole Murdoch business is such a trivial drama. Sure, he’s an excellent candidate for th

e “Most Hated Magnate” prize but should we really give a flying fu*k about phone hacking by newspapers? It’s primarily prompted by OUR insatiable appetite for bullshit, whether it’s about the private lives of personalities or that of famous victims like Millie, the murdered schoolgirl. And now it will stop (in the private sector, at least) and it hasn’t exactly scarred the progress of civilization. Nice to see the Murdochs sweating though, it must be said.

Meanwhile: The baseless concocted wars in Iraq and Afghanistan proceed with little public or media concern beyond reporting every death of ‘one of ours.’ The Afghans had nothing to do with the Twin Towers and Saddam Hussein was an enemy of Al-Qaeda. Recent calculation show that drone strikes in Pakistan kill over 100 civilians for every targeted

combatant. In WWI one civilian died for every ten soldiers. In WWII it was one to one. Vietnam was seven to three. In Iraq it is ten of us killed for every one soldier. This is not good. And why is it that targeted domestic homes are always called “compounds?” Depleted uranium weapons are at use in Libya, as they were in Iraq, where the consequence is a 10-15 fold increase in birth defects and a growing cancer rate from soil that will remain contaminated for over 100,000 years. Occupying an entire nation on false premises represents quite a high level of bad behaviour. European and American economies are imploding as a result of borrowing by states that stake our future productivity as collateral against the loans. US Debt is 15 trillion dollars. Amongst much else, that borrowing provides funds for fighting unnecessary wars in foreign countries.Thousand of us are dying every year as a result of continued inclusion of trans fats (hydrogenated oils) in our foodstuffs. It is acknowledged that there is no safe dose of these dangerous additives but they are still legally in use, and widely.
Three nuclear reactors are in an uncontained meltdown in Japan, continuing t

o release radioactive materials into the environment. They may stop the releases in ten years or so, maybe never. Much of northern Japan will remain uninhabitable for generations. Many millions throughout the world will suffer cancer for generations to come as a result of this catastrophe.
We are being denied the right to take responsibility for our own health by the suppression of our right to freely choose what route we take to healing.

All Posts »
PrevPreviousWhat is a meltdown?
NextWe don't need a Multiverse to explain the Universe.Next