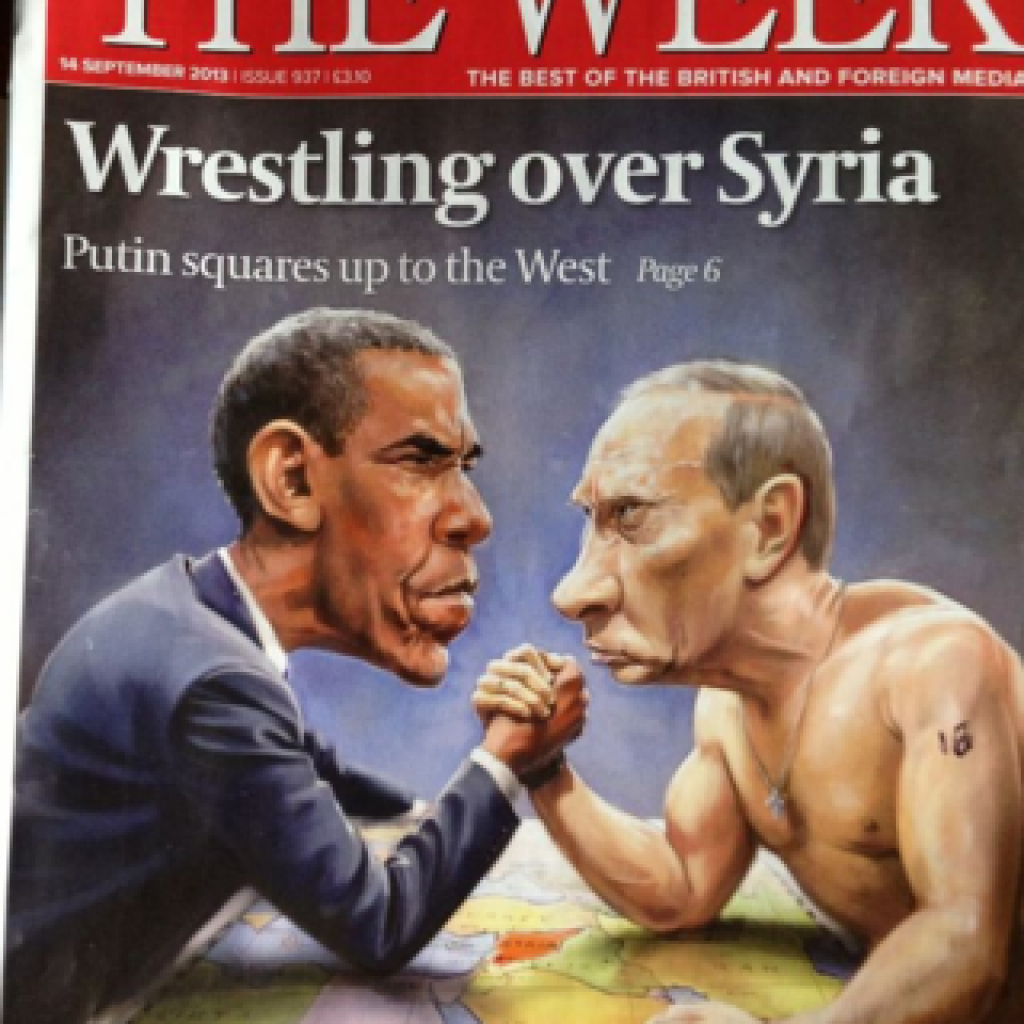 This current cover of “The Week” is very apt. And now, with an intended attack on Syria looking foiled, it makes sense that a Russian gangster should be the one to out maneouver a US president reading from his autocue.  Unlike the shadowy puppet-masters of Western governments, even gangsters spare a thought for the world their children will inherit, knowing that unnecessary wars are both dangerous and damaging.  The banking, military, and arms establishment take a different viewpoint. Their industry would grind to a halt if armaments were never put to use, prompting replacements bought with bank loans by both sides.

With Putin at least, the nature of the beast is clear; the man is a ruthless boss who brooks no opposition, and twists the justice system as he plays the autocrat. Yet he is able to exercise his own thoughts and appears to be in control, rather than under control.  That increases the likelihood of rational actions reflecting the old-fashioned notion that a military is there to protect us from external aggressors. This boldly challenges the existing paradigm that wars of aggression are there to protect the profits of the Military Industrial Complex. We live in interesting times.From “A Terminal Toolbag” Chapter 10
“The world’s military pow­ers were distraught when the Cold War ended, a situation helpfully resolved by invading Iraq and Afghanistan to fight terrorism and gift democracy. Consequently, terrorism is breaking out all over, serving to renew the fear and convince us to accept more shackles to feel safe. It’s straight out of George Orwell’s seminal book, 1984, with vague undefined enemies whose allegiances are always shifting. Our constantly cooked up fear of terrorists has provided the excuse to move the “cameras” inside our homes too, as the state gives itself the right to snoop through our phone calls, emails, and digital trails.”