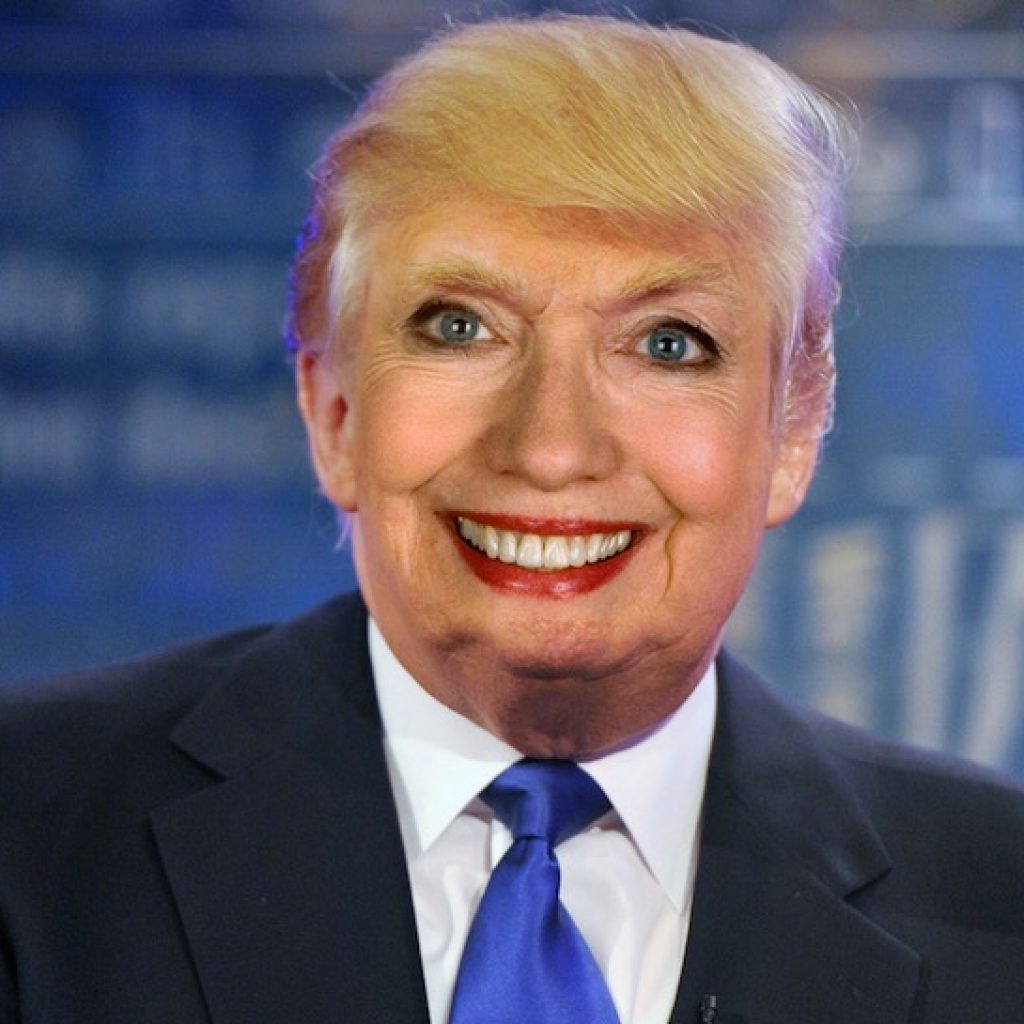 US Election – It’s not about who won.

The election of Donald Trump to President demonstrates as nothing else the failure of so-called democracy to alter the nature of that “necessary evil” called government. In the birthplace of modern democracy we see a man hated by most of the population rise to become its ruler, oops, I mean leader. This, because even more people hated the woman running against him, and with good cause.

I will not digress into the pros and cons of either candidate here. They shared the same major pro of not being each other, and enough cons apiece for an entire book. People often ask if I am working on another book and if I were, for sure, that would not be it. An earlier book of mine looks beyond pros and cons of candidates, beyond even “who took down the Twin Towers?” type questions. “Why does this shit keep going on?” is a better question than “who did what to whom for why.” This backdrop shapes the comments this bizarre contest prompted.

Like nothing else, this election underlines the reality that by whatever means our rulers assume power it is the structure of rule itself that invites abuse. Churchill was wrong to say “Democracy is the worst form of government, except for all the others.” History may well compare the actions of some modern democracies unfavourably to other and older non-democratic regimes. There have been kings and queens who thought well of their subjects, avoiding warfare and living within their, albeit comfortable, means. Relax, I will not digress into the pro’s and con’s of the dozens of failed variants of rule–by-the-stick throughout history.

However they got there, those in power have the self-given right to make rules and to force compliance upon us. Legislation stripping us of our right to privacy and basic human freedoms can be passed by a majority of our so-called representatives, few of whom will have read the thousands of pages within those acts. Even if they do, and object, the aptly named Chief Whip is there to beat them into compliance. Terrorism, drugs, tax-evaders and pedophiles are often pulled out of ye olde propaganda box to scare us into accepting ever more intrusions. Rant stops, not going there.

Let us imagine it is all going well – we’ve got good people elected into power and whilst they take a bunch of taxes they do provide reliable services on the education, public services, safety and clean roads-type departments. Maybe they don’t even lock people up for victimless crimes. America used to be a lot like that. Everybody thought it could only get better. Yet back in 1989 the former sheriff of Sacramento, California’s capitol, told me unequivocally that the USA had already become a police state. It wasn’t as obvious to the rest of us at that time.

Once we have relinquished our rights and freedoms to so-called government they may never return. Indeed the current course is one of ongoing diminishment. Who would have ever thought the so-called government could access all our private correspondence and browsing history, in the name of fighting a terrorism spawned by their own violent interventions in the Middle East? The problem with creating a surveillance state is that you never know who may inherit it and what they will consider acceptable or not.

Let us hope that Trump does not live up to his campaign persona. There is always hope, but this man could be bad news indeed. For very sound reasons, people wanted a change from the same old shit in the US elections and had leftie Bernie Saunders been the Democratic candidate many believe he would have won the vote for change. In Europe we now see far right parties soaring in popularity while in Greece it was far left party Syriza that unexpectedly rose to power (only to be beaten into line by the EU bankers). We see far left Podemos in Spain and far right Front Nationale in France. Oh my!

The only thing we can really be sure of is that we have little idea of who or what may be in power a generation or three ahead, or of what use they will make of the all-pervasive technology at their disposal. Perhaps one day a dangerous megalomaniac will gain control of your nation’s destiny, perhaps a religious fundamentalist, a clique of bankers or a charismatic gangster. Could the AI singularity enable computers to take over? Might they do a better job than those currently in control? Many might vote for an algorithm, given the chance. It would certainly be a change.

Anybody but who we’ve got now is as far as many will allow their imagination to run. They know the old narrative is failed and hope anybody new in charge cannot be any worse. But just turning the wheel of state a little or a lot, to the left or the right, is not enough. The wheel needs a whole new hub, not just another revolution. Left, right, religious, military, we can’t be sure of future shifts in politics, aptly described as war without the bloodshed. Even dangerous people we dislike can gain power legitimately, claiming their mandate to rule based upon our votes. Even honest and uncorrupted people in power can be brutally repressive when committed to a religion or political ism.

Whoever runs it, corruption is likely to be rife in a structure based on the foundation stone of coercion, a structure that long ago granted itself the right to demand money and direct behavior at the point of a sword. Many different types of ruler have occupied this structure over the ages, claiming their right to rule on one basis or another, and demanding money at the point of a sword. Democracy claims to represent the will of the people but whoever we vote for, the so-called government stays in power, demanding money – you get my drift.

We need real government, the sort that operates naturally from the bottom up; the sort that evolves effortlessly to adapt to new situations and meet new needs; the sort we take for granted because it happens without us trying; the sort that does not rely upon the “big stick” to govern us. This is the core subject of my book mentioned earlier. For many today, so-called democracy has come down to choosing the lesser evil. This is not a rational or effective way to govern our complex society. Recognizing how well we self-govern or used to self-govern large complex aspects of our civilization is edifying, and not to be taken for granted.

Look where we have taken music, transport & travel, and information technology, governing from the bottom up without the state. Have so-called governments evolved beyond wars; beyond police, courts & prisons; beyond people in charge telling us what to do? International trade between ancient cultures long preceded the existence of rulers, taxes and global banking systems.

We still self-govern much of our food chain with feedback loops largely intact between consumers, sellers and manufacturers – if not farmers. We witness countless new food products appearing on the market. Some join our culinary culture and some fail. If some consumers want their cars to be electric or their food chemical-free they can get it.

That’s natural government at work, from the bottom up.
After the Second World War, German u-boats and the like, the British government decided the nation’s food supply was so important to our survival that it needed their guidance. Intervention in farming gradually grew, replacing feedback loops with price and subsidy schemes skewed to favour meat and dairy. Industrial agriculture and the factory farm were born and boosted by conformity to EU agricultural policies, leading to the the infamous lakes of milk and wine and mountains of butter and beef that grew through the 1970’ and 80’s, persisting for nearly four decades. From this source came the cow meat fed to cattle that then developed Mad Cow disease. We still have not emerged from their management today, and most farmers in Europe would go bankrupt without government grants and subsidy.

Let us do a thought experiment and imagine a planet where for several generations the so-called government managed the entire food supply, contracting farmers, processors, and caterers to feed the people. They taught that in the bad old days we suffered terrible health and food poisoning when choosing what to eat for ourselves. But in time the gargantuan state service starts to experience failures of service (frequent rotten, toxic, adulterated food and missed deliveries). Without feedback loops, what can people do other than clamour for improvements? Few would consider scrapping this faulty model and doing it themselves, through fear of inevitable starvation and poisoning, however dodgy the existing supply is. How could we possibly take care of such a complex issue ourselves? You know the answer.

We do already, and the fact that millions of residents in the world’s cities are fed daily according to their tastes and pockets without anybody planning it centrally is one of the miracles acknowledged by new science ‘chaos theory’ in the 1980’s. Chaos theory was the catalyst that led me to write the aforementioned book, providing as it did some scientific underpinning to what I had already learned about the power of freedom and the perils of its suppression.

The truth is that people are great at cooperating and living together. There is no regulatory glue of government that keeps it all working and any change we think the state must force upon us is change we can effect ourselves. There are free market means to guarantee product safety and truth in product description just as there are to assure organic cultivation and fair trade. Supermarket chains have very demanding, and enforced, quality standards. Amazon and other online businesses maintain order without needing jails. The government’s track record is not very good. The government we would like to protect us from corporations is the same one enacting laws that let frackers over-ride centuries-old common law land rights. States love large corporations, which simplify the harvesting of taxes, deducting it at source.

Rule by a coercive state is not a natural state of affairs for humanity. It is wrong yet we buy into it for the same reason that we once bought into the idea of a flat earth, believed the whole Universe rotated around us and, in China, thought that binding women’s feet was a normal thing to do. Tradition. Several factors could bring about the natural collapse of this unnatural state of affairs within our lifetimes and the dumbest thing we could do is just re-create a new variant, with new leaders very different to the ones we know. My book does not fit into a short sound bite so if after the US election you are wondering what in the hell is wrong with the way we run this world and what other options there are, you might find it an enjoyable read.