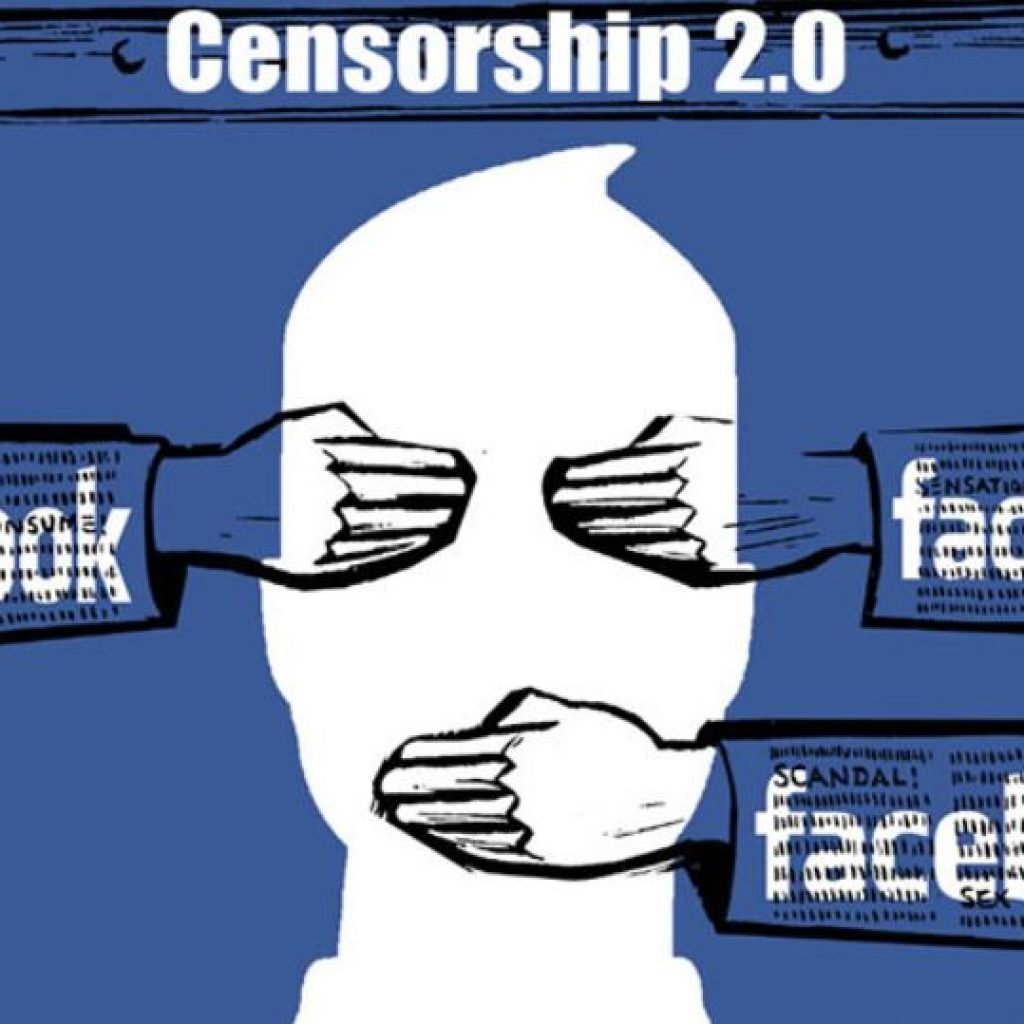 I applaud the media’s outrage over the Saudi state’s murderous approach to dissent. But where is the outrage over Facebook’s killing of multiple dissenters, because their views differed from the accepted mainstream? Included were leftwing, rightwing and wingfree pages and accounts, including some concerned with apparently unacceptable subjects, like civil liberty.

Facebook always keeps an eye out for spurious accounts and those that exist only to spam us or direct users off of Facebook onto click-bait sites. One would expect nothing less. Convincing reasons for this mass extinction in Facebook’s blog post speak of spam and “inauthentic activity” and click bait. Unfortunately, these reasons cannot explain why accounts like Police the Police and CopBlock came down, or those highlighting government excess and corruption. The excellent libertarian Free Thought Project came down, as well as the very Right Wing News, Anti-Media and countless others.

“Countless” because Facebook released no list of the sites deleted, so that we might see how well they fitted the sanctimonious blog post. Nor did they give warning. Surely eliminating fraudulent or dangerous (how to make bombs) pages should be done as they are discovered, rather than waiting until hundreds have been identified and then taking the lot down with a one-size-fits-all blog post in explanation. Under the umbrella of general housekeeping, Facebook have begun to delete dissent – sweeping it away. Many of Facebook’s victims have also had their Twitter accounts closed. This is a major and coordinated assault upon the freedom to exchange and debate ideas on the edge of mainstream. It is devastating to see something with the people power of Facebook getting into bed with the coercive state. Devastating and disturbing.

Facebook is guided in these activities by the Digital Forensics Lab, which is an arm of the Atlantic Council think tank — a neoconservative group funded by Gulf monarchies, defence giants like Raytheon, megabanks like HSBC, foreign state actors, and the US government — to weed out pages and accounts that challenge the status quo. Key architect of the assault is Facebook’s Head of Cybersecurity Nathaniel Gleicher, who was former White House National Security Council Director of Cybersecurity Policy. See Free Thought Project.

Many of these accounts were developed through years of dedicated hard work that built hundreds of thousands, or millions of followers. The urge to get an important message or awareness across to as many as possible created the followers . It is grossly unjust to delete the fruit of such passionate work without warning or explanation. What will now happen to all the comment and information and connections that were made in good faith over years?

Without a list we cannot tell how many of the deleted pages and accounts were fraudulent, making weird shit up to attract clickbait, or pedalling outright lies. Perhaps most of the 800 were, and good riddance to such rubbish. I can accept that social media giants draw lines and police the content of their platforms. But many of the deletions were not clickbait oriented, fraudulent schemes or of “inauthentic activity.” They were taken down in this mass execution for no apparent reason beyond their questioning of the status quo.

Look for these pages and all you get from Facebook is “Sorry, this content isn’t available at the moment – The link you followed may have expired, or the Page may only be visible to an audience that you aren’t in.”   “May have expired” in this case translates to ‘killed by us’ as the sole explanation. It is usual custom, when executing or otherwise punishing entities to give a specific reason for doing so, not some generalized explanation that sounds reasonable, but does not apply to many of the cases.  Deleting what might be the sum total of somebody’s work is a major action, however allowable it may be in the Terms and Conditions.  Reasons must be given and a means to appeal open. Kafka would understand.
With this drawing of lines around a state-determined status quo, we are approaching a situation where in a modern equivalent to the Kennedy assassination those questioning the Oswald lone assassin explanation would have their social media shut down.  Are Facebook assuming the role of official government censors?  One reason the mainstream was not so upset at this is because they are the status quo, regurgitating government news releases as a matter of course. The alternative media is competition they look down upon, like London black cabs versus Uber drivers. End of.

Back to Saudi Arabia. I am still pleased to see the outrage over their murder of journalist Khashoggi. Yes, it’s because he’s an American resident and writes for the Washington Post and yes, why was there no real outcry over the busload of children blown up with US munitions, or the starvation facing millions of children and adults in Yemen, caused by a Saudis coalition including  the US, UK and France? After getting away with that, and the beheading of minor dissenters at home, it’s no wonder they thought the disappearance of one dissident journalist would quickly blow over. If Jamal Khashoggi had not broadcast his murder from an Apple Watch, it may have done so. I wonder if he took pleasure in knowing that his last dreadful moments were making history. Watching this one with interest.