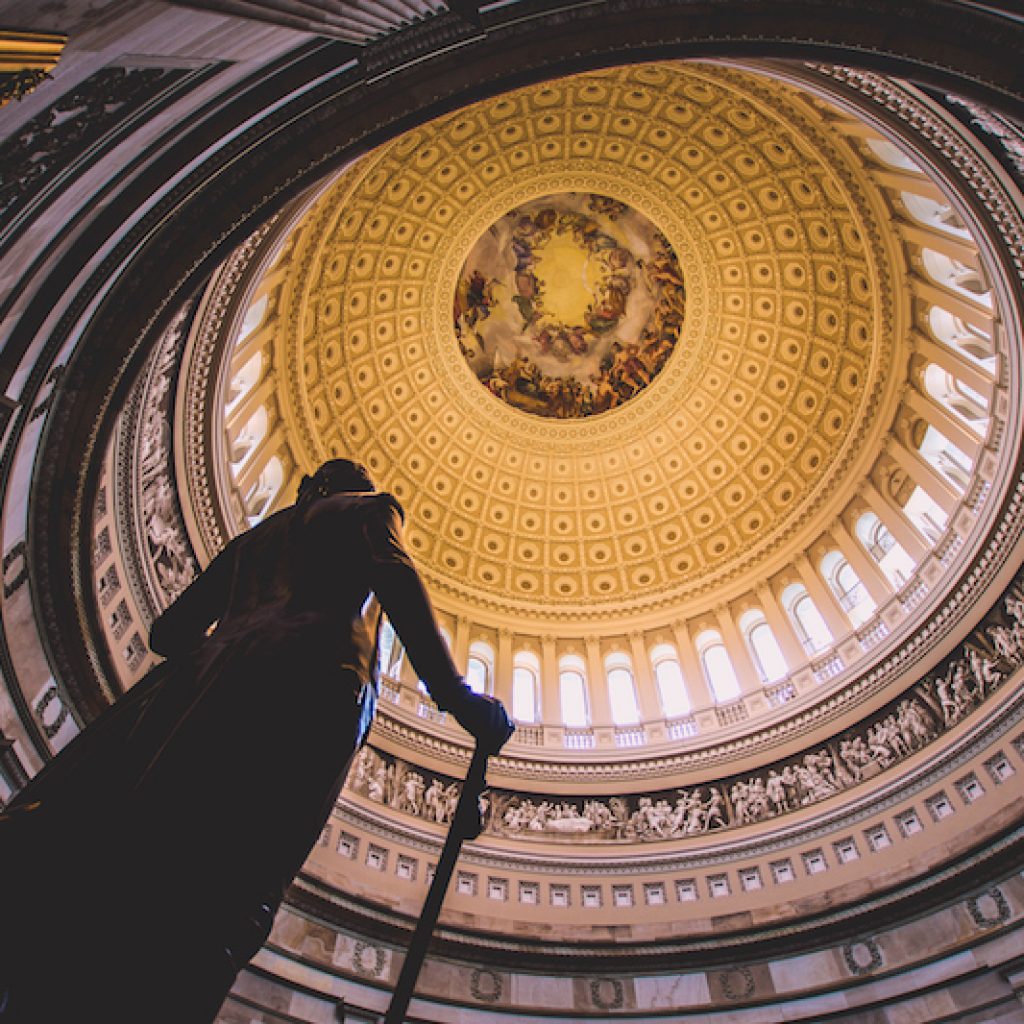 Deep State – get a grip on it

Ever wonder who and what is the Deep State? My pal Doug Casey puts us in the picture, succinctly, and not about who done what to whom, but about the underlying play. He is a smart man, founder of Casey Research, and this comes with permission from his recent Daily Dispatch. Entertaining and educational.

Doug Casey on “The Deep State”

I’d like to address some aspects of the Greater Depression in this essay.

I’m here to tell you that the inevitable became reality in 2008. We’ve had an interlude over the last few years financed by trillions of new currency units.

However, the economic clock on the wall is reading the same time as it was in 2007, and the Black Horsemen of your worst financial nightmares are about to again crash through the doors and end the party. And this time, they won’t be riding children’s ponies, but armored Percherons.

To refresh your memory, let me recount what a depression is.

The best general definition is: A period of time when most people’s standard of living drops significantly. By that definition, the Greater Depression started in 2008, although historians may someday say it began in 1971, when real wages started falling.

It’s also a period of time when distortions and misallocations of capital are liquidated, and when the business cycle, which is caused exclusively by currency debasement, also known as inflation, climaxes. That results in high unemployment, business failures, uncompleted construction, bond defaults, stock market crashes, and the like.

Fortunately, for those who benefit from the status quo, and members of something called the Deep State, the trillions of new currency units delayed the liquidation. But they also ensured it will now happen on a much grander scale.

The Deep State is an extremely powerful network that controls nearly everything around you. You won’t read about it in the news because it controls the news. Politicians won’t talk about it publicly. That would be like a mobster discussing murder and robbery on the 6 o’clock news. You could say the Deep State is hidden, but it’s only hidden in plain sight.

The Deep State is the source of every negative thing that’s happening right now. To survive the coming rough times, it’s essential for you to know what it’s all about.

Now, what causes economic problems? With the exception of natural events like fires, floods, and earthquakes, they’re all caused directly and indirectly by the State, through its wars, taxes, regulations, and inflation.

Yes, yes, I know this is an oversimplification, that human nature is really at fault, and the institution of the State is only a mass dramatization of the psychological aberrations and demons that lie within us all. But we don’t have time to go all the way down the rabbit hole, so let’s just talk about the proximate rather than the ultimate causes of the Greater Depression. And here, I want to talk about the nature of the State, in general, and then something called the Deep State, in particular.

A key takeaway, and I emphasize that because I expect it to otherwise bounce off the programmed psyches of most people, is that the very idea of the State itself is poisonous, evil, and intrinsically destructive. But, like so many bad ideas, people have come to assume it’s part of the cosmic firmament, when it’s really just a monstrous scam. It’s a fraud, like your belief that you have a right to free speech because of the First Amendment, or a right to be armed because of the Second Amendment. No, you don’t. The U.S. Constitution is just an arbitrary piece of paper… entirely apart from the fact the whole thing is now just a dead letter. You have a right to free speech and to be armed because they’re necessary parts of being a free person, not because of what a political document says.

Even though the essence of the State is coercion, people have been taught to love and respect it. Most people think of the State in the quaint light of a grade school civics book. They think it has something to do with “We the People” electing a Jimmy Stewart character to represent them. That ideal has always been a pernicious fiction, because it idealizes, sanitizes, and legitimizes an intrinsically evil and destructive institution, which is based on force. As Mao once said, political power comes out of the barrel of a gun. But things have gone far beyond that. We’re now in the Deep State.

The concept of the Deep State originated in Turkey, which is appropriate, since it’s the heir to the totally corrupt Byzantine and Ottoman empires. And in the best Byzantine manner, the Deep State has insinuated itself throughout the fabric of what once was America. Its tendrils reach from Washington down to every part of civil society. Like a metastasized cancer, it can no longer be easily eradicated.

In many ways, Washington models itself after another city with a Deep State, ancient Rome. Here’s how a Victorian freethinker, Winwood Reade, accurately described it:

Rome lived upon its principal until ruin stared it in the face. Industry is the only true source of wealth, and there was no industry in Rome. By day the Ostia road was crowded with carts and muleteers, carrying to the great city the silks and spices of the East, the marble of Asia Minor, the timber of the Atlas, the grain of Africa and Egypt; and the carts brought out nothing but loads of dung. That was their return cargo.

The Deep State controls the political and economic essence of the U.S. This is much more than observing that there’s no real difference between the left and right wings of the Demopublican Party. It’s well known by anyone with any sense (that is, by everybody except the average voter) that although the Republicans say they believe in economic freedom (but don’t), they definitely don’t believe in social freedom. And the Democrats say they believe in social freedom (but don’t), but they definitely don’t believe in economic freedom.

Who Is Part of the Deep State?

The American Deep State is a real, but informal, structure that has arisen to not just profit from, but control, the State.

The Deep State has a life of its own, like the government itself. It’s composed of top-echelon employees of a dozen Praetorian agencies, like the FBI, CIA, and NSA… top generals, admirals, and other military operatives… long-term congressmen and senators… and directors of important regulatory agencies.

But the Deep State is much broader than just the government. It includes the heads of major corporations, all of whom are heavily involved in selling to the State and enabling it. That absolutely includes Silicon Valley, although those guys at least have a sense of humor, evidenced by their “Don’t Be Evil” motto. It also includes all the top people in the Fed, and the heads of all the major banks, brokers, and insurers. Add the presidents and many professors at top universities, which act as Deep State recruiting centers… all the top media figures, of course… and many regulars at things like Bohemian Grove and the Council on Foreign Relations. They epitomize the status quo, held together by power, money, and propaganda.

Altogether, I’ll guess these people number a thousand or so. You might analogize the structure of the Deep State with a huge pack of dogs. The people I’ve just described are the top dogs.

But there are hundreds of thousands more who aren’t at the nexus, but who directly depend on them, have considerable clout, and support the Deep State because it supports them. This includes many of the wealthy, especially those who got that way thanks to their State connections… the 1.5 million people who have top secret clearances (that’s a shocking, but accurate, number)… plus top players in organized crime, especially the illegal drug business, little of which would exist without the State. Plus mid-level types in the police and military, corporations, and non-governmental organizations.

These are what you might call the running dogs.

Beyond that are the scores and scores of millions who depend on things remaining the way they are. Like the 50%-plus of Americans who are net recipients of benefits from the State… the 60 million on Social Security… the 66 million on Medicaid… the 50 million on food stamps… the many millions on hundreds of other programs… the 23 million government employees and most of their families. In fact, let’s include the many millions of average Joes and Janes who are just getting by.

You might call this level of people, the vast majority of the population, whipped dogs. They both love and fear their master, they’ll do as they’re told, and they’ll roll over on their backs and wet themselves if confronted by a top dog or running dog who feels they’re out of line. These three types of dogs make up the vast majority of the U.S. population. I trust you aren’t among them. I consider myself a Lone Wolf in this context and hope you are, too. Unfortunately, however, dogs are enemies of wolves, and tend to hunt them down.

The Deep State is destructive, but it’s great for the people in it. And, like any living organism, its prime directive is: Survive! It survives by indoctrinating the fiction that it’s both good and necessary. However, it’s a parasite that promotes the ridiculous notion that everyone can live at the expense of society.

Is it a conspiracy, headed by a man stroking a white cat? I think not. I find it’s hard enough to get a bunch of friends to agree on what movie to see, much less a bunch of power-hungry miscreants bent on running everyone’s lives. But, on the other hand, the top dogs all know each other, went to the same schools, belong to the same clubs, socialize, and, most important, have common interests, values, and philosophies.

The American Deep State rotates around the Washington Beltway. It imports America’s wealth as tax revenue. A lot of that wealth is consumed there by useless mouths. And then, it exports things that reinforce the Deep State, including wars, fiat currency, and destructive policies. This is unsustainable simply because nothing of value comes out of the city