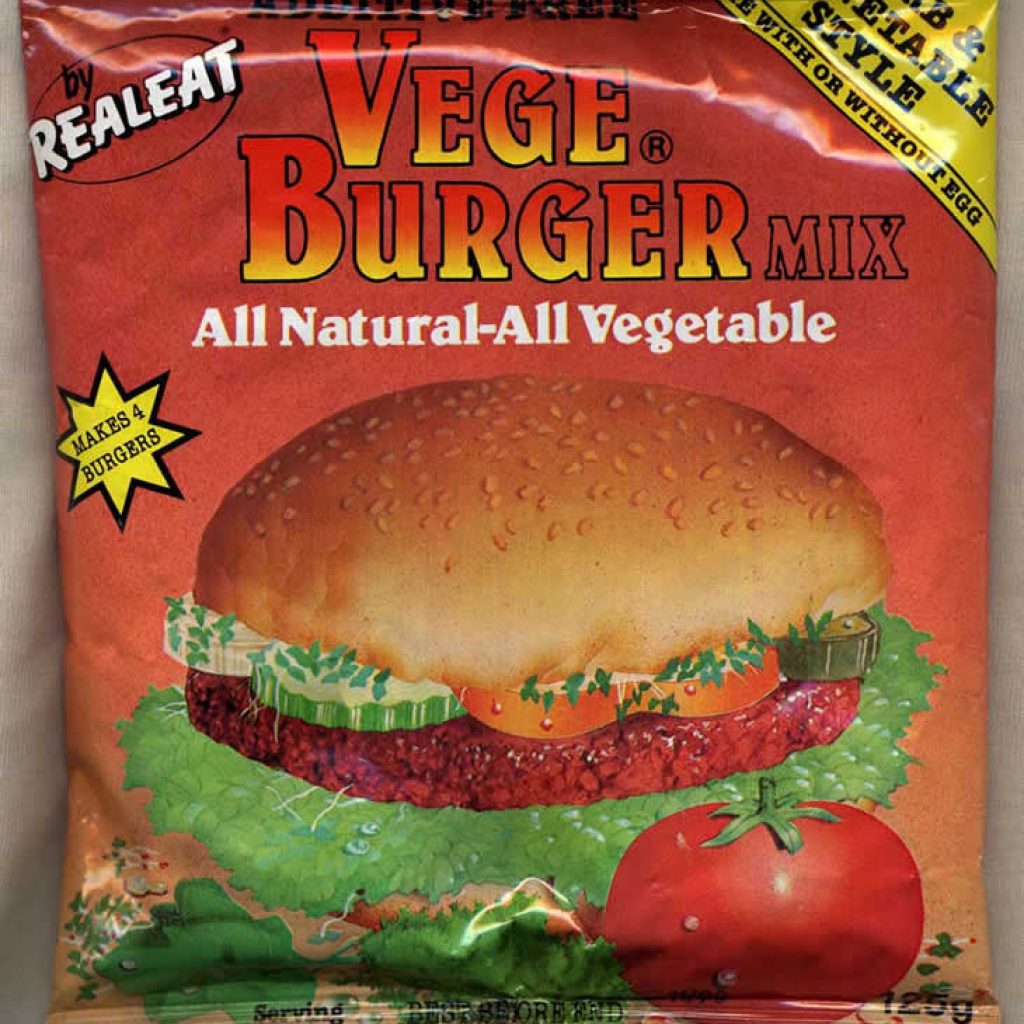 The VegeBurger was, actually, prompted by a case of hepatitis that had me house-bound for the last few months of 1981. For the fifteen years prior to that, in conjunction with brother Craig, I had been running various natural foods businesses, each one the first of its kind in the country. It started when I opened Seed Restaurant in 1968 at the age of 19, progressing to CERES natural food store on the Portobello Rd. This then led to the importation, manufacture, and distribution of natural products through Harmony Foods – which evolved into Whole Earth Foods. Publishing and cafes, a bakery and a bookshop, pop festival catering and all sorts were included in the mix over the years. Mom helped cook in the very first days of the restaurant and dad published Seed, the Journal of Organic Living for six years. All of this set the scene for the VegeBurger to be such an instant success. In 1982, I was in charge of Harmony Foods/Whole Earth with my brother Craig doing the marketing. We sold hundreds of tons of natural foods every week but were in dire financial straights. Our equal shares had a negative value, and the investors who owned nearly half of the company were very upset about it all.

In 1981 I returned from a trip to Colorado’s Rocky Mountains and came down with hepatitis. The only way to cure it was an enforced stay-at-home rest from the frenzy of keeping up with the relentless demands of Harmony Foods. With this enforced ‘free’ time I decided to work on something that could breathe new life into the company, without being a drain on its resources. I wanted something unlike our huge range of grains and beans and seeds and basic products, but still appealing to the same market. 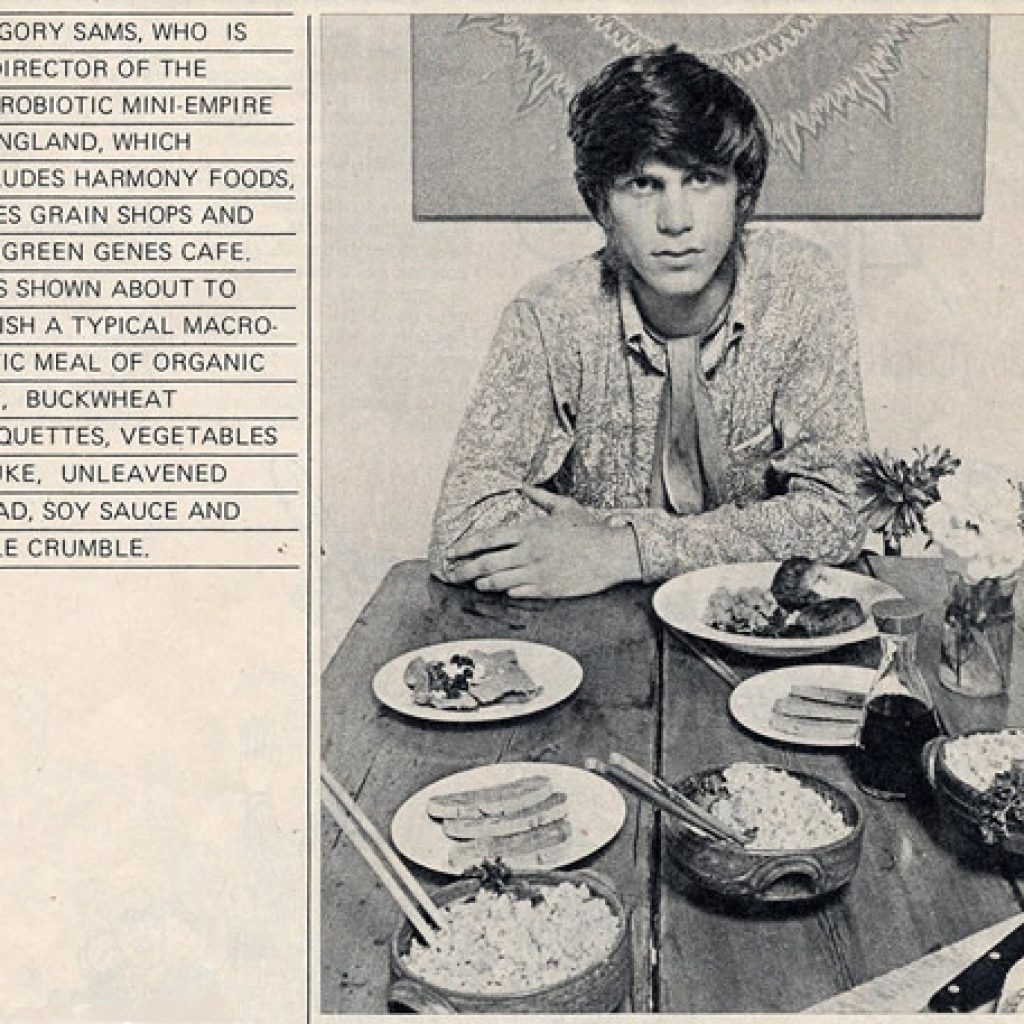 I had been vegetarian from the age of 10, at a time when I was knew of no other vegetarians in any of the subsequent four schools I attended. Having been brought up by a health-conscious mother in a pre McD era, I had never even tried a hamburger. The idea of creating an alternative to the hamburger with an easy-to-make mix appealed to me as being quite unlike bagging up beans (there will always be somebody who can put a pound of beans in a bag for less than you). I spent about four months experimenting with different ingredients and mixes, working on texture first, and then the vegetables, herbs and seasoning. It was after about three months that I knew I was getting close when my long-suffering wife, Sandy Sams, asked for a second bite of the latest sample forced upon her.

There was nothing on the market then that provided a natural alternative to the hamburger, and the product needed a name. I wrote out a list one evening of the options, including Plantburger, Sesameburger, Vegeburger, Earthburger and Greenburger. They all sounded strange at the time but after a few days ‘VegeBurger’ came to the fore. As a brand new word, which did not seem descriptive at the time, it was not a problem to register it as the trade mark VegeBurger®. Vegetarians were not yet termed Veggies.

The VegeBurger was launched in March 1982 under the Whole Earth label and much as I extolled its virtues, our bankers and backers were not impressed, pointing out that 90% of all new food product launches fail. I wanted to devote myself to this new ‘baby’ and, by the 18th of June 1982, I had negotiated myself a resignation as Chairman and M.D. of Whole Earth Foods. I gave my shares to brother Craig who gradually developed the company into a solvent Whole Earth Foods and later launched Green & Blacks chocolates with wife Josephine.

I set up my dream business, trading as The Realeat Company. It was all managed on my Apple IIe computer from an in-house office conversion, utilizing reliable outside contractors and having no employees. This is now called a “virtual company” and it allowed me to spend my time demonstrating, promoting and marketing. I had no bureaucracy, no fixed overheads, and it was a joy to run this free-flowing enterprise. 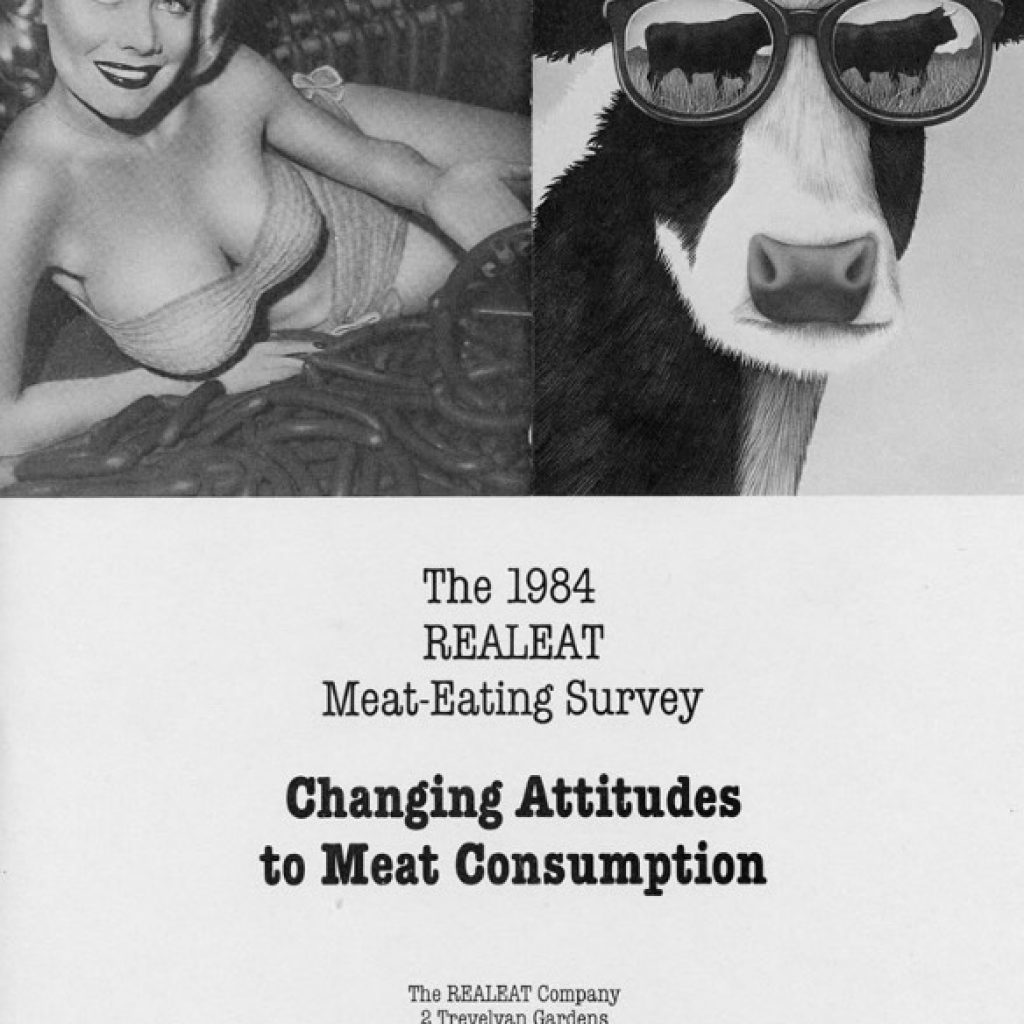 The VegeBurger quickly became a nationwide success, especially boosted by the press coverage it received following release of the first Realeat Survey in 1983, commissioned to tie in with the launch of the frozen VegeBurger. I commissioned Gallup to conduct a poll of public attitudes to meat consumption, getting the first ever vegetarian head-count. It was news, with more people moving away from red meat consumption than anybody had realized. VegeBurger was on television, radio and newspapers to such a degree that, when I wasn’t being interviewed or responding to a press query, all my time was spent keeping retailers stocked with the new hit. The survey brought a huge number of latent vegetarians ‘out of the closet,’ especially young women who realized they were not alone in their aversion to meat.

The secret of the VegeBurger was simple in retrospect. It had a better flavour than your average beefburger, cost you less, didn’t kill cows, and made you feel a whole lot better – all done with natural ingredients.

By 1988 things were getting a bit too complicated to keep on running by the seat of one’s pants. It was clear that I could either get out of the business now while it was all going well, or start wearing suits, and employing them, in order to eventually have loadsa money, while risking it all going down the drain if I screwed it up.

So I sold the Realeat Company on the 8th August ‘88 and left the food industry altogether. One of my most treasured “pay-offs” from all those years is the ability to easily buy healthy organic foods that I once had to import, pack, sometimes manufacture, and always introduce, if I wanted to include them in my own diet – which I did.