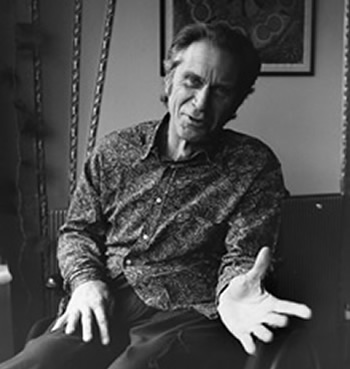 Crystallizing at the Palace

Last Bank Holiday Monday (4th May) took me down for a first visit to Crystal Palace, where many of my friends from the direct action movement have encamped atop the ruins of the melted twisted glass remains of the fire seen by six million as the historic site burned for two days in 1936. Between them and this melted monument lies an archaeological layer of dumped World War 2 bombsite rubble, covered in paving with earth on top. But of course, to anyone who had not tunnelled into this hilltop site, it looks like any other beautiful and sacred woodland site, with a rich array of ground cover, trees, shrubs, blossoms, and wildlife. It is home to many of south London's foxes, now joined by a troop of eco-warriors, recruited by locals of Crystal Palace when they were defending the 56 poplars of Canbury Gdns, Kingston, home to the annual Kingston Green Fair. The locals desperately oppose plans recently granted to convert the top of South London's Hampstead Heath into an 18-cinema complex topped by a car park for 950 vehicles. All their  traditional tactics had failed and it came time to solicit the eco-warriors and offer them the community's support and sustenance.

Their call was answered, and the forward party moved in on April 1st, a week after completion of the 4-day eviction in Kingston. Within the day, a smiling Chief Inspector Jones called by in casual mode to introduce himself, should the time come, as the executor of the eviction. Meanwhile he had come to welcome them and extend any assistance required during their stay. And to say that the police themselves were against the development which they saw as causing nothing but problems (well, they probably would say that). He was a bit upset that they were a day late, at least according to what the chief inspector from Kingston had told him, when he had phoned to recommend these new visitors as excellent guests. Susannah, unofficial site mother has a direct line to his cellular phone.

One of the younger new recruits making up the community of thirty or so was introduced to me as Psycho. It sounded appropriately hardcore, but he seemed a placid enough young man as we spoke. He had seen the encampment on TV recently and moved in the next day, for once finding a place and a purpose for himself in life - and at one of the most idyllic possible campsites in Greater London. I was pleased to find out later that the spelling is Sico, short for Simon Co-----. The core of the community comprises veterans from Kingston, Newbury, Dead Woman's Bottom, Claremont Road, going back to Solsbury Hill. There is an army in the land, assembled for campaigns around the country, with no central co-ordination or control required. I was even told of a special E-Team that can assemble to stage instant, SAS style lighting-actions when required. Veteran warrior Lee-Tree had an epiphany in Crystal Palace when he walked into the local for a quiet pint. Well remembering the days when "his sort" might have had trouble getting service in the average tavern, at this local he was unable to buy his pint as locals fought for the honour. He was slipped a packet of baccy, and tried unsuccessfully to say no to the fiver shoved in his hand on his way out. Next time he's looking for a quiet pint he might try a suit and bowler hat.

The climbing tackle hanging provocatively from the eco-warriors belts carries the front-line cache of the Mexican revolutionary's bandolier belt of the Sixties. I listened, without much sympathy, to the complaints of female harassment by two of the tender young male residents. In a flight of fancy, I was reminded of the reception given to the liberating troops of the Allied army as they freed French villages from the Nazis. Only here, the visiting warriors have come to save the people's precious natural spaces, being destroyed in the name of providing more enclosed dark spaces for people to escape reality on the big screen. Among the visitors passing through in the afternoon were local historians, archaeologists and the curator of the Crystal Palace museum.

This landmark site, at the highest point in South London, promises to be a landmark event in the eco-wars. We have an historic situation of a people fighting for their land - never mind that it isn't the Germans or the Chinese stealing it, and never mind that they're not stealing it en masse. The bit by bit destruction of our open spaces will eventually get them all unless the brakes are applied. The action of the eco-warriors has already re-shaped Britain's transport policy, a turning point announced soon after the hugely costly eviction of the 36 camps lining the Newbury Bypass route. At Crystal Palace, the threatened destruction is for something as frivolous as new cinemas - the local community is united against it, and in their support of the action. There is no question who occupies the moral high ground in Crystal Palace - none at all to even the most casual observer. This is the first major battle in the eco-wars that looks as though it will be a major WIN. The brakes are on.

Afterword (2004) - The occupation of Crystal Place proved to be a notable success. Plans for the cinema complex have been scrapped, and the principle has been re-established that no building will ever be erected there unless it is in keeping with the original architecture of Crystal Palace.