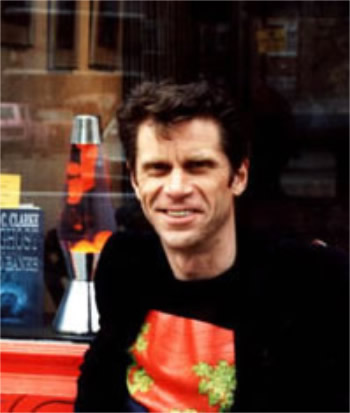 Having Designs upon a natural new order

Strange Attractions, 1990 – the worlds only shop ever dedicated to chaos theory, the world’s newest science at the time. Gregory thought that chaos theory was the greatest thing since wholewheat bread. Off-beat scientists were discovering unmanaged assemblies of all sorts self-organizing into patterned working systems.

The patterns of nature and beautiful worlds of mathematical fractals had to be shared. And they were, on everything from badges to posters, jigsaw puzzles to coffee mugs, t-shirts to knitwear. It looked like there were important lessons to be learned here on a sociological level; about more and more central control not being a viable route to stability in a complex system. Oh my - here was scientific proof that the coercive state is doomed to fail. Scientists could not be relied upon to even notice this genie, let alone let it out of the bottle.

A shop was called for, and later..the book Uncommon Sense - the State is Out of Date

Links to articles, pictures and flyer

Shop Flyer - One of the many flyers promoting Strange Attractions

Picture of Greg with the Strange Attractions team outside the shop

New Scientist article – Even the New Scientist was excited by the opening of this unique shop, and many noted mathematicians and scientists put it on their visiting list when next in London.

Sunday Times magazine article – This story from the SundayTimes magazine in 1991. It looks like the erstwhile reporter, Paul Golding, enjoyed his task.